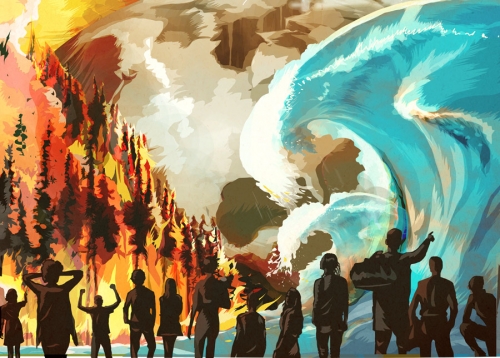 Climate skepticism is the denial of the overwhelming scientific consensus that human activity is causing a rise in the concentration of greenhouse gases in the atmosphere that is driving the global climate crisis. With so much misinformation intentionally spread by multinational corporations and politicians whose interests lie in the continued destruction of the planet, people must be able to navigate the up-to-date data on climate science to make informed decisions. This climate science navigator will be a series of posts that can be used to learn and share the data that global, national, and local agencies gathered and reported to the public over the past 10 years on the unfolding climate crisis.

Look out for upcoming posts titled: 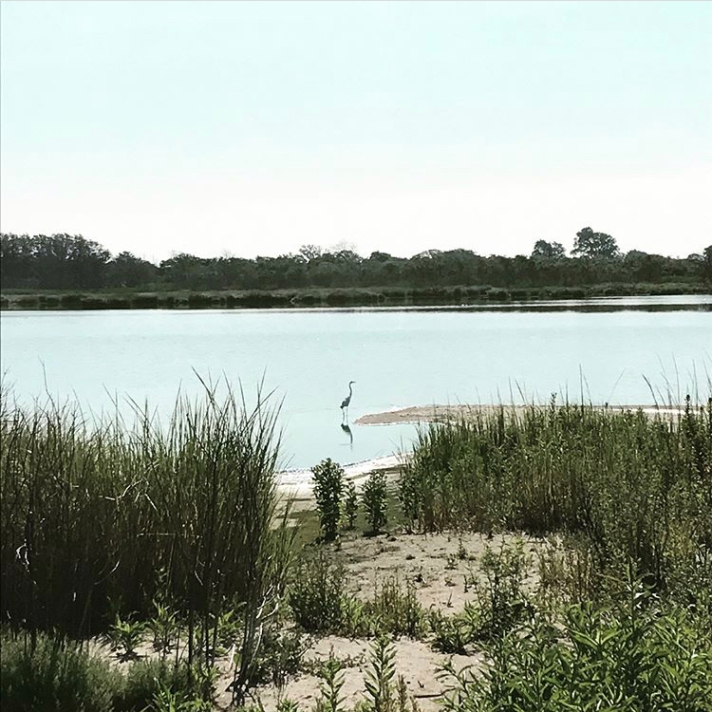 A couple of weeks ago, I felt the need to stand up publicly and testify at the New York City Department of Environmental Protection’s (NYCDEP) public comment session on the proposed Northeast Supply Enhancement Project (NESE), also called Williams Pipeline for short, which would transport fracked natural gas via the construction of a 23 mile pipeline that “would run along the Staten Island coast and extend out to four miles off Rockaway” (Santino, 2019). 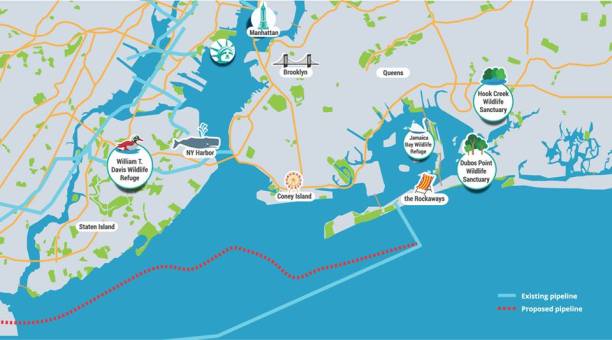 *Note the existing pipeline was pushed through and built after Hurricane Sandy, when local residents were preoccupied with the rebuilding of their homes and communities (Source: NYC Surfrider Foundation).

The NYCDEC has to approve a crucial water quality permit before construction can begin. There is a federal law that requires an environmental impact statement (EIS), to look at the impacts to wildlife and human health before moving forward with projects like this. The first hearing was held on 02/26/2019, in Bay Ridge, Brooklyn, during rush hour, on a weekday, and in a hardly accessible area if you travel by public transportation from the areas that would primarily be impacted by the pipeline’s construction, such as the Rockaways. Not many from my area were able to attend. 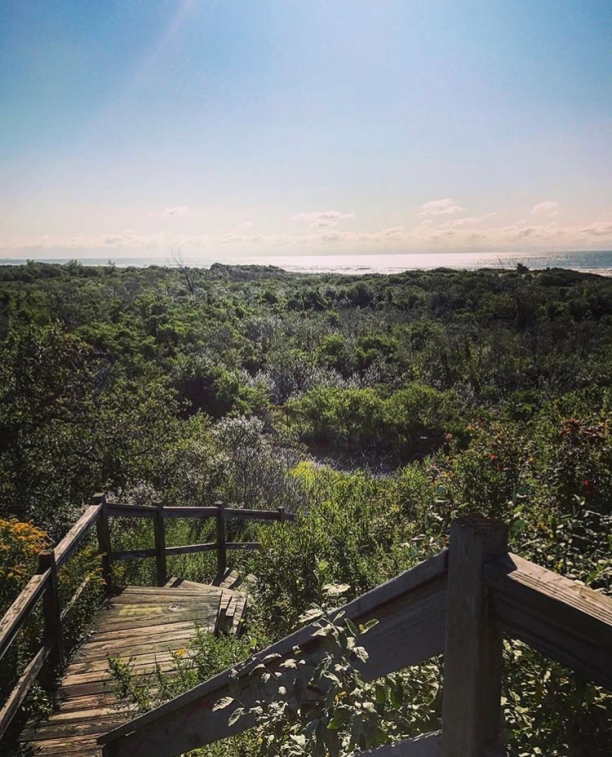 After public pressure on the NYCDEC to have it in an area where potentially affected residents live, there was a second public comment session held just one mile from my home on the Rockaway Peninsula in the auditorium of Rockaway High School for Environmental Sustainability. I felt the irony of sitting in a school devoted to environmental sustainability, and at the same time protesting the approval of such an unconscionably unsustainable project.

I can trace my interest in environmental justice and sustainability back to my first interactions with the ocean and its wildlife as a young kid. My parents took us fishing on the beaches of the Breezy Point Tip, and I was always fascinated by the diversity of creatures I discovered near the sea. I feel blessed and grateful to have been raised so close to this amazing natural area, having found a place among the seagulls, horseshoe crabs, piping plovers, and other enchanting forms of wildlife early in my life. These places are a home to several endangered animals and plants, and are some of the last wild sanctuaries still found in NYC. 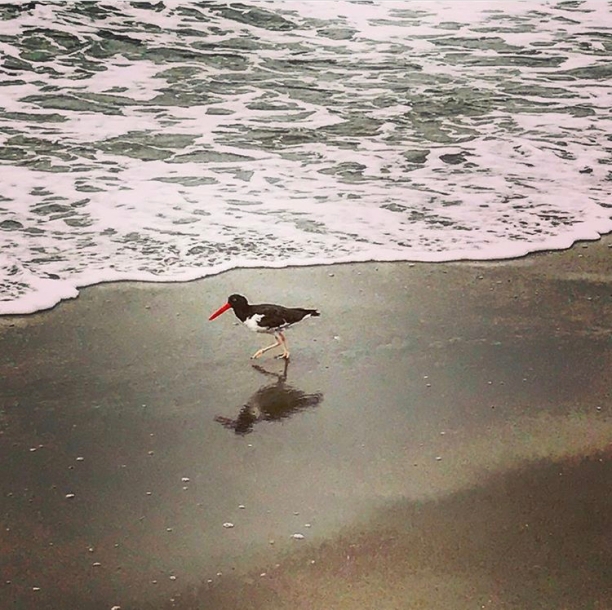 Apart from my personal connection to the land and its people, I do, as a graduate from a master’s program in environmental management and sustainable development, understand the scientific review of the potential risks laid out in the draft environmental impact statement conducted by the NYCDEP. With this educational experience, and growing up in the local community, I felt uniquely obligated to testify at the public comment session on March, 6th, 2019. I will not go into the many risks associated with the project here, but will include some helpful resources at the end of this post if you are interested. 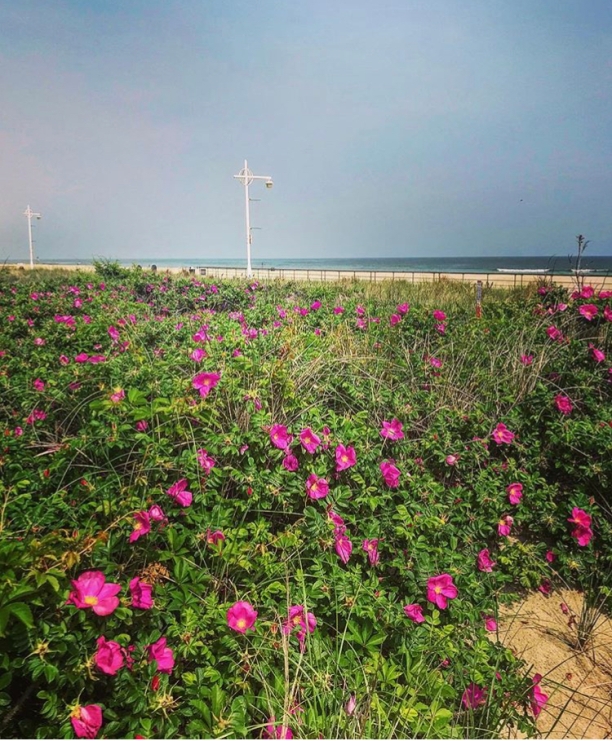 To be honest, there were challenging mental barriers that almost prevented me from testifying. I remember thinking many times, I could be at relaxing at home in my apartment and warm, not walking in the cold to the bus to attend this public comment session. When walking into that building after a long day of work and tired, I remember the thoughts of inadequacy and doubt flooding my thinking when I walked to into the auditorium. Am I really as qualified as I think I am to speak on this?

Yet, I continued to walk to that high school auditorium, to stand in front of a panel of NYCDEC representatives and over 100 of the residents of the Rockaways and other surrounding local communities. Did I mention how much I hate public speaking? I made it short and to the point, as it took over an hour and a half for them to call my name.

My comment addressed the concerns for human health and wildlife when the pipeline is constructed. There would be dredging of sands and sediments off the coast of the Rockaways and Staten Island that are holding and storing safely the industrial toxins of the last century. This action would release toxins like PBCs, heavy medals, and other industrial pollutants into the water column where organisms live and where people swim. The result would be poisoning of people and wildlife that interact with the waters off the Rockaways/Jamaica Bay. 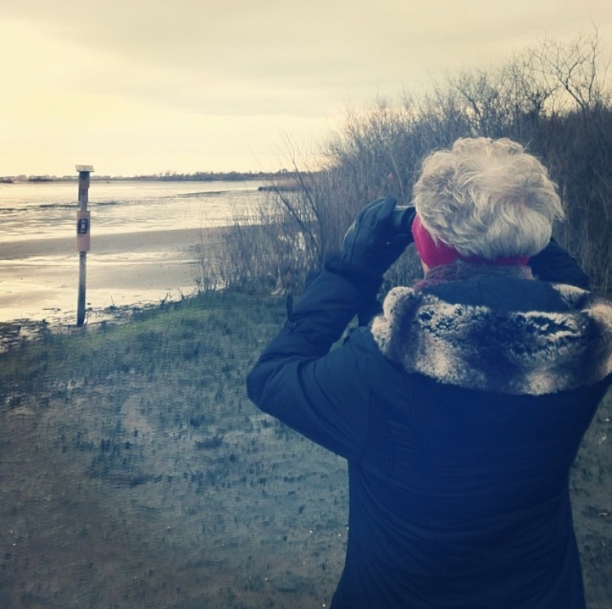 “Exploring with my Nana at Jamaica Bay Wildlife Refuge, NYC, on 12/30/13.” @hydroponics.mh

I tell this story not to show off how great of a citizen and environmental advocate I am trying to be, but to point out that we need to persist over the many barriers (mentally and physically) that keep us from speaking out when we know we are qualified and worthy of doing so effectively. 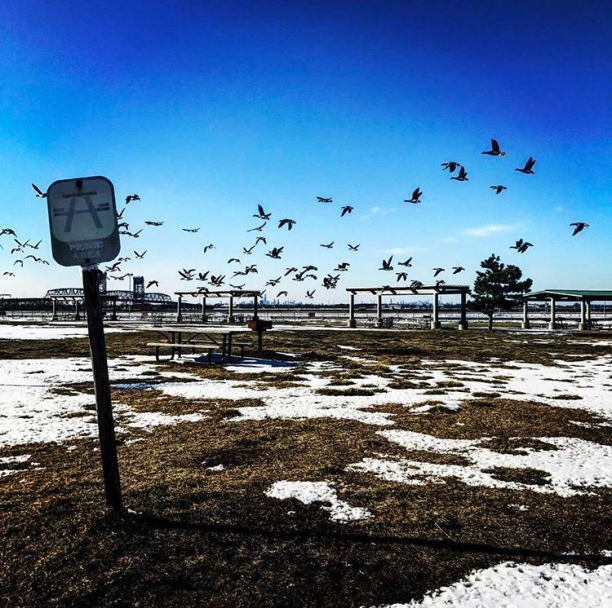 Although the comment period has ended, you can still act to oppose the NESE project (see below:)

Watch this short clip to learn more about the proposed pipeline:
The Fight Against The Williams Pipeline:

Here is a link to an amazing (and my favorite) documentary about how NY Harbor and Jamaica Bay is experiencing positive ecological renewal as a result of the past 20 years of cleaning up the bay and environmental awareness generated through local advocacy, as well as explores the impacts of Hurricane Sandy on a local NYC community, Broad Channel (This natural and inhabited area would all be affected by the proposed pipeline):

“Life is a garden, not a road. We enter and exit through the same gate. Wandering, where we go matters less than what we notice.” — Kurt Vonnegut 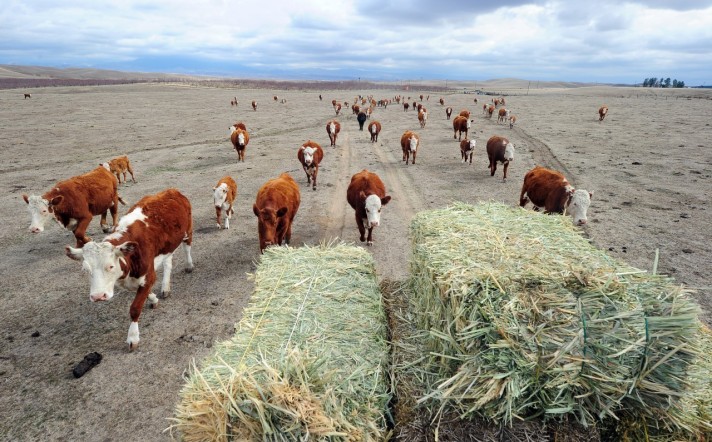 Few documentaries have the ability to make you question your fundamental morals and convictions. For me, Food Inc. was one of my favorite documentaries for this reason. There is, however, a new documentary on Netflix that does an equal or better job at doing this in my opinion. In Cowspiracy: The Sustainability Secret, directors Kip Anderson and Keegan Kuhn are on a mission to expose the leading cause of environmental destruction, and in the process they reveal information about our food system that will have you asking yourself: “Can I really call myself an environmentalist and still eat meat?” The purpose of the film is to illustrate how there is one industry that out ranks any other in causing deforestation, climate change, species extinction, ocean dead zones, and water depletion, and how the top environmental organizations have focused their attention elsewhere when talking about how to mitigate these problems.

Throughout the documentary, Kip Anderson is on a quest to find out how to be more sustainable. He takes all the typical approaches of environmentalists, like recycling and taking shorter showers, but he is shocked when he finds out how many resources go into eating just one hamburger. He wonders why he was never aware of how intensive animal agriculture is in today’s world. It becomes clear that the top environmental organizations are not focusing on this issue when Kip does his research, so he becomes determined to find out why.

If you ask the average person what they think the single biggest contributor to environmental degradation is, they will probably tell you the fossil fuel industry. Shockingly, the leading environmental organizations like Greenpeace, the Sierra Club, Rainforest Action Network, and Oceana (just to name a few) do not focus on animal agriculture as the number one cause of the destruction of the planet. The inability and unwillingness for these organizations to talk about the problems with animal agriculture was the most eye opening part of the documentary for me. You would expect for these organizations, who claim to be advocates for protecting our lands and oceans, to be speaking about the root cause of our most serious environmental harms.

What can you do if you truly want to make a positive difference for the planet? Recycling and taking shorter showers is not going to cut it, as you will see after you watch this documentary. The statistics given throughout this film are almost unbelievable. It is hard to comprehend why more people are not talking more about animal agriculture, but Kip explores the many possibilities for why this is the case. It is actually extremely difficult to justify eating meat at the rate we do today after watching Cowspiracy: The Sustainability Secret. If you want to be a well-informed person on the most important environmental issues of our time, then you must see this documentary. It will have you questioning something that is so fundamental to life culture, and being human: food.